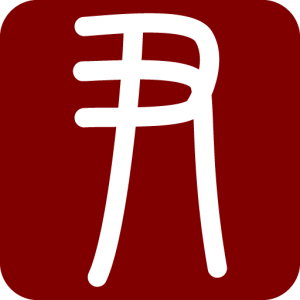 Ever since graduating from Mansfield College, Oxford in 2017, Jan, Ragnar, and I have been planning a trip to an exotic location. Inspired by the trip Ragnar and I took in Scotland, we decided to travel to another country with hills and cliffs by the ocean—Iceland. The trip was originally meant for September 2018, but was pushed back to March 2019 during my spring break.

My journey started in Berkeley. I flew from San Francisco to Boston (where I bumped into my old choir friend Vanessa), and then from Boston to Reykjavík, landing before dawn on 22 March.

Keflavík airport is the main international airport serving the capital city of Reykjavík, and a 45-minute bus ride is needed to reach the city. Unfortunately, the bus drivers were on strike that day, so I had to settle for a rather expensive van (more than $60). This would not be the last of my bad luck with transportation in Iceland.

The van took me straight to the City HI Hostel in the outskirts of Reykjavík, where 4 to 8 people shared each room and each floor had common bathrooms. Ragnar had already arrived the previous afternoon from Zürich, so I woke him up and had a long chat while I stuffed myself with cold, soggy fries from Boston. I then slept until sunrise, and began my first day as a tourist.

Since Jan hadn't arrived yet, Ragnar and I decided not to do any serious sightseeing. We walked along the coast into the city centre. After some sandwiches, we went to Hallgrímskirkja, the main cathedral of Reykjavík. Due to what appears to be a funeral for an important person, we weren't able to enter the cathedral. It was an apt day for a funeral, as it was cloudy and lightly snowing.

We walked through Hljómskálagarður park, where dozens of small statues and sculptures lined the shore of the calm Tjörnin lake. We visited the nearby National Museum of Iceland and learned the 1200-year history of human settlement on this remote and desolate island, the transition from Nordic mythology to Christian faith, and Iceland's rapid development after the WWII into a tourist hub. While we were in the museum, the weather turned violent with horizontal winds carrying snow and ice. Realtime weather forecast warned of worsening conditions and road closures across Northern Iceland. This put a nail in the coffin for our tentative plan to visit the Westfjords. We ended the day with some delicious burgers and a bus ride back to the hostel.

On the second day, Ragnar and I walked into the city again to pick up our rental car with all our luggage after checking out at the hostel. It started snowing as we started driving, when I realised that I had left my glasses at the hostel's common bathroom. As we reached the hostel's car park, the snow had gotten quite heavy and quickly blanketed the ground. I ran into the hostel, picked up my glasses, and immediately returned to the car, already covered in white. When we were finally ready to depart, the car refused to start. After a call with the rental company, a kind Polish lady drove another identical car to the hostel in exchange for ours. This, still, was not the end of my misfortune with transportation.

We had planned to pick up Jan, who had flown from Barcelona, from Keflavík airport, but due to the faulty car, he would meet us directly at Blue Lagoon to save time. When we saw him at the car park, he was wrapped up in some rather bulky winter clothing—he came prepared. This, however, would not save him from what came next—a sudden rain and hailstorm. I laughed in the comfort of the driver seat, while Jan and Ragnar were dashing in panic towards the car.

Blue Lagoon is a natural hot spring with milky blue colour due to its mineral content. Although it is a popular destination, we decided not to spend time and money to bathe here and instead took a stroll around one of the ponds. In the distance was a hill, partially covered in snow, as well as a steaming geothermal plant. The stunning blue water perfectly accented the otherwise muted colours of black, jagged, volcanic rocks and greenish brown moss in the late winter.

Our schedule was tight. We had to drive northward to Snæfellsnes peninsula in the west of Iceland before dark due to poor road conditions. We stopped at the "low-cost" supermarket Bónus and stocked up on sliced bread, spreading, ham, fruits, and various snacks. This would be our main source of food throughout the trip.

The weather was unforgiving. As I drove along the two-lane highway, it would alternate between heavy downpour and complete whiteout. I had to drive extremely slowly and carefully at times to avoid drifting or rear-ending the car in front. We saw no fewer than three cars broken down by the roadside. One of them, driven by some inexperienced American tourists, had to be pulled out of the deep snow by a passing truck.

Occasionally, the raining and snowing would pause, giving way to some spectacular landscape covered in fresh snow. Each one of these hills and cliffs along the coast would've been a tourist attraction anywhere else, but in Iceland we must elevate our standards and resist stopping every few kilometres for photos.

About 5 hours later, we finally entered the peninsula. In the orange glow of dusk behind the clouds, a tall mountain next to a fishing village stood out. We knew it was something special, but from this angle I did not recognise it as the famous Kirkjufell—the Church Mountain. We would come back here the next day.

Trying to chase the sunset, we arrived at Rif Beach. With piles of black gravel next to rusty buildings, it seemed like an industrial wasteland. We didn't catch the sunset, and there was not much to see on this beach except for a broken wooden boat. We drove to our BnB in Ólafsvík, where we'd spend the next two nights. At around 10pm, we drove to a dark spot to attempt to see the northern lights. In brief openings between the clouds, we saw nothing but faint green artefacts within the camera lens itself.

Ólafsvík is a charming small town by the ocean. What stood out here, other than the towering mountains, was a modern church composed of black and white triangles in stark contrast to each other.